Getting our LolliBopping feet ready ...!

If you are a follower of our blog, you will know that we are huge fans of LolliBop, and Munchkin & I have been lucky enough to have attended every year since it began! 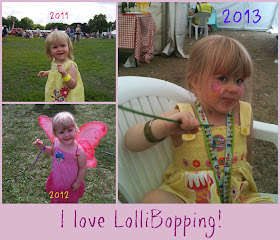 Munchkin absolutely loves the LolliBop Festival, and she will sit and tell you ALL about it if you asked her! You'd need a bit of time on your hands though, as she has a whole lot to say about it! Just avoid asking her about her favourite thing about the day ... she just can't decide! She'll tell you about the main stage action which has been 'home' to superstars such as CBeebies presenters Sid, Andy and Alex, the chilled and funky Rastamouse with his Easy Crew, the musical Zingzillas, the lovable Poppy Cat, the zany, messy duo Dick & Dom, and of course, the highlight of 2013, Justin Fletcher! 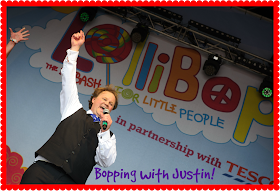 She will tell you all about dancing with Hello Kitty and meeting Peppa, George, Ben and Holly ... 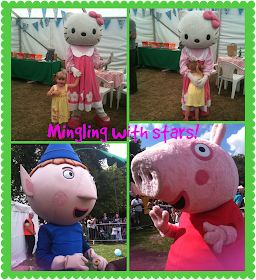 She will tell you all about the fun that is to be had by little ones of all ages within the several dedicated activity areas, including the WOW Toys tent, the 3ft and Under area, Imagination Stations and the Itsy Bitsy Strictly Dancefloor! 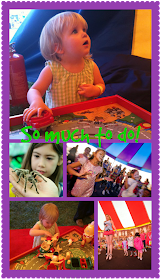 She will tell you all about the fantastic Face Painting artists that are situated around the park, and the stalls upon stalls of wonderful vendors that are there to showcase and sell their goodies! 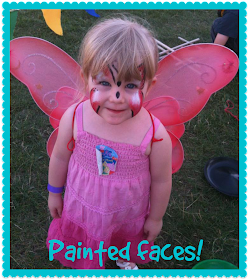 So, as you can see, she would have you listening to her experiences of LolliBop for quite some time! And she is just as excited about what the festival has in store for 2014. Maybe even a little more so this year, as we are hoping to introduce Beastie Boo to the delights this year too. We think she will love it!

So, a little more about the amazing new venue that will be home to LolliBop this Summer ... 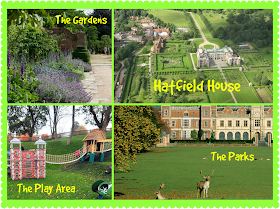 Situated in Herfordshire, just off the A1 or a 22 minute train journey from London Kings Cross, the stunning country house and gardens of Hatfield House offer an incredible array of spaces to house LolliBop’s vast activity and entertainment programme.


Hatfield House is famous for its beautiful gardens and attractions, including the incredible sundial garden and fountains, a magical woodlands and the famous knot garden adjoining the Tudor Old Palace where Queen Elizabeth I spent much of her time as a child.

“For a family destination, Hatfield House can’t be beaten. LolliBop has taken place in numerous locations over the years, and we firmly believe our home for 2014 is our best yet. The setting is breathtaking - with stunning gardens, lush green areas and a woodlands just waiting to be explored - it’s allowed us to open our imaginations and programme an event like never before".

Hatfield House is one of the Treasure Houses of England, making it one of the top 10 most magnificent palaces in all of the UK.

With good motorways links, extensive on site parking and just a five minute walk from Hatfield train station, LolliBop 2014 is more accessible than ever before.

Renowned for bringing some of the biggest names in children’s entertainment to its live stages, LolliBop also plays host to science and educational zones, crafts areas and adventure activities. The 2014 lineup promises to be more diverse; exciting and extraordinary than ever before, with a host of brand new names, partnerships and play never before seen at LolliBop.

“We’ve been working hard to secure some of the best-loved names in children’s entertainment. The 2014 lineup will be jam packed with big names for the main stage, alongside an unprecedented number of live theatre performances; plus sporting activities; creative workshops; nature talks and brand new areas and acts, never before seen at LolliBop.”

We think the new venue looks really amazing and cannot wait to hear more about the planned line-up! We will be sure to fill you in as and when we hear more during the next few months.